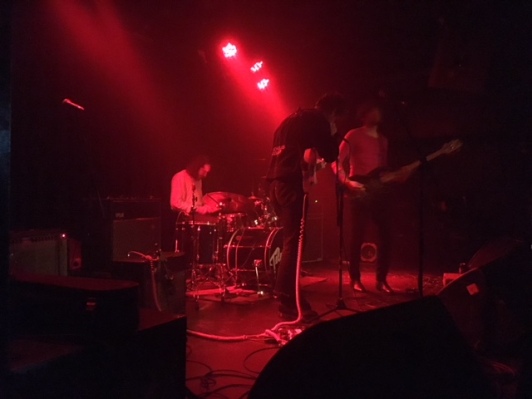 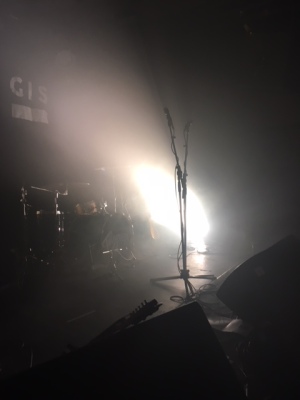 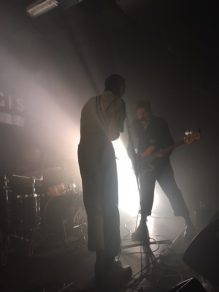 A belated Merry Xmas and a Happy New Year. This was to be my last review of 2017 but didn’t get round to it in time. Last outing was the 29th. I saw Telegram back in March at the Dome and was mightily impressed, prompting me to buy their album. Lots of anthemic sing along tracks which I was looking forward to hearing again in a yet more intimate venue. They choose the evening to try out a majority of new tracks just top and tailing with more of their back catalogue. It’s the age-old dilemma for bands. For me it would have paid off if they hadn’t invited two very good support bands to precede them. It made them look a little bit like a band with a strong past but maybe an uncertain future. They may have missed their time was my conclusion. The biggest positive was some awesome drumming throughout the set.

The support was provided by three-piece Luxury Apartments , who I found it very difficult to research before the gig and hence had little reference. They played loud with shouty vocals over discernible three-minute numbers ie even on first listen they did have melody coming through. From an initial listen they were good , engaged with the audience and seemed to have a few fans in the small audience.

Considering that this gig was in that awkward period between Xmas and New Year there was a good turnout and in some ways there were representatives of various musical tribes in the audience including punks, post punk, Goths and shoe gazers. There was a good atmosphere and I had a couple of chats with random people along the way.

Highlight of the night was the second support act. “Girls In Synthesis” who I had not heard of previously (been around for a about 12 months) were a revelation. Visually they had borrowed a bit from the Clash wearing boiler suits adorned with the bands name.Now it could have been that I was three pints of Amstel in by this point when they launched their performance but they took the place by the scruff of the neck. Probably best categorised as a noise band they played 95% of their set in the crowd , which was perfect(although if you were at the back by the bar you might feel you were slightly short-changed). These guys are still raw and according to another punter this was the pinnacle of  their performances to date. The collateral damage here was the headliners ,as they couldn’t compete with this explosive performance. Almost forgot to mention the drummer who maintained a lonely vigil on the stage but kept the songs under control.

I spoke with the band after their set which was interesting as they had all had previous unsuccessful ventures with different bands and been playing for about 10 years. If you get a chance to see these guys do it before they potentially get too popular to play such small venues ,which will inevitably stop them performing as they do currently. The other observation from me was that the crowd changed after GIS finished which again indicates to me that these guys are currently hot. Again must have been disappointing  for “Telegram”. GIS are  playing on the 23rd January 2018 at paper Dress Vintage in Mare St Hackney. If you get a chance to check them out now is the time.