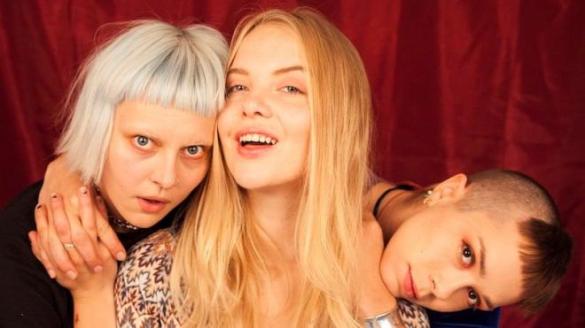 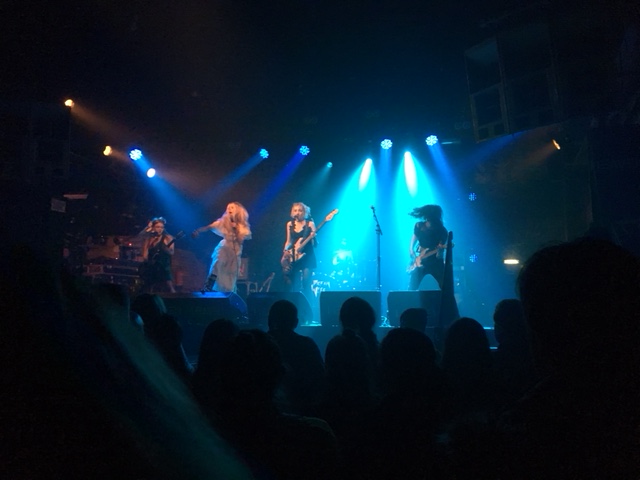 A night of girl power.Well kinda. First support were Pussy Liquer from Brighton. They had songs like “Pretty Good for a girl” and talked about the perils of waking up next to someone you didn’t really want to. A sentiment that I havn’t felt in the past 35 years but I suppose I get it and I need to wind my cynical neck in. For those just discovering this kind of music they are good fun and create a noise. Wasn’t quite as raucous as I had hoped and they seem to have been going a few years now and the rough edges polished to appeal to that more middle of the road alternative/indie music sensibility. Check out their early you tube videos to get more of a buzz I would say.

Next on were “When Young “. Sorry but I lost interest really early as they didn’t really have much of an identity. I’m probably doing them a massive disservice but would have to do a bit more research.

Headliners “Dream Wife “were well received and as I had purchased the CD there was instant recognition of the songs. they write quite catchy songs that you think you have heard before but you can’t quite put your finger on where.Again I think they have polished off a few edges that probably endeared them to the initial fan base. This is the biggest headliner for them to date and they cranked out the songs in total control.Bjork like vocals ( i read somewhere else a nod to The Sugarcubes)over a bouncy rhythm section. Swirling guitars punctuate . A post punk band that are ultimately ploughing a safe furrow . The audience made up of a strong female contingent but also lots of FWOB’s . So we are still the biggest commercial supporters , both through tickets and no doubt through CD sales.