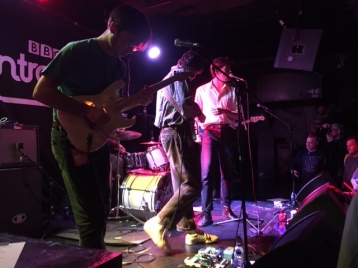 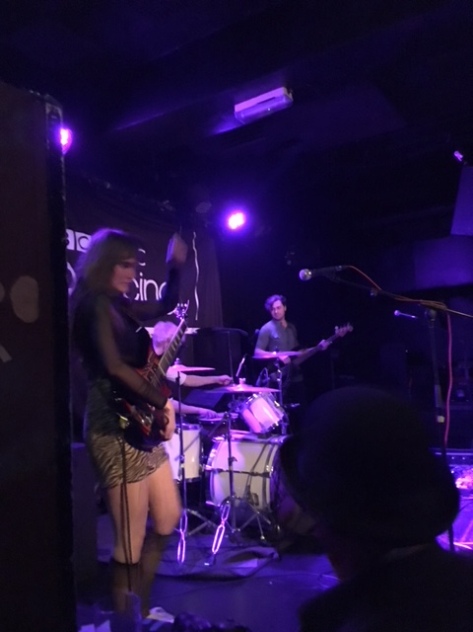 Out at a BBC introducing show at the Lexington. Good intimate venue for those that don’t know it. Supposedly sold out there was a little bit more space than normal so possibly numbers had been restricted.

First band of the evening was “Fuzzy Sun” from Stockport. A very competent band my research suggested they were a little bit progressive /psychedelic. In reality they were channelling 70’s funky basslines with strong melodies over the top. They had a small but loyal following in the crowd, many of whom seemed to know each song intimately.

They have recently supported Blossoms on their national tour so assuming they got some good visibility from that.  They were musically in control of their output and did 30 minutes of good but not for me memorable songs.

Next support were “Feet” from Coventry. Billed as Brit Pop for the current generation on first hearing they had something of “Cabbage” about them. This was probably due to their collective self-confidence and elements of humour dotted about the performance. Songs like “Petty Thieving” and new single “The Weather “being cases in point.

They play songs with varied tempos (sometimes within the song). All the musicians add to what is essentially a traditional rock sound. Drummer and bass provide solid backing, allowing the guitarists to be a bit more experimental with sound. Definitely left me wanting more which is always good.

The sound quality is invariably good at the Lexington which means you get a much better overall audible experience i.e. you can actually hear most of the vocals clearly.

Headliners were “Calva Louise”. First saw these guys a couple of years ago and was impressed then with the tightness of the three band members and there unique sound .I think that still applies,

Called bubble gum punk by some I enjoy them every time I see them and they put a smile on your face. In the interim I’ve seen them a couple more times and they have now released there first album “Rhinoceros”.

They didn’t disappoint on the night. Jess’s voice is spot on and she handles a range of vocals without faltering. Ably backed by the two guys on drums and bass but Jess is the visual draw.  They all look like they are having fun which is quite refreshing and what looks like real genuine chemistry on stage.

The inter song banter is very self deprecating and surely these guys should be bigger than they are. What they need is a major tour support slot to give them that impetus I would say.