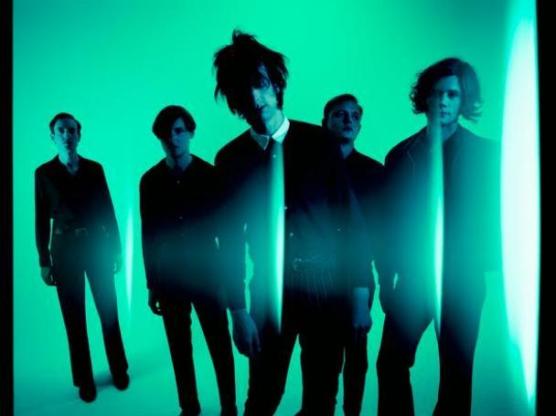 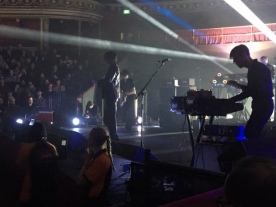 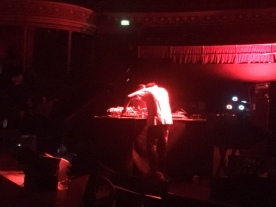 It was the 10th anniversary of “The Horrors” album “Primary Colours”. I have seen “The Horrors” a few times over the years and always felt they were one of those bands that didn’t quite maximise their potential.

They have arrogance and swagger and were arguably bold to move from the post punk gothic DIY of their first album “Strange House” to the dance and synth led “Primary Colours”.

I have a natural predilection for bands that are prepared to break out in a new direction  as its part of my DNA from my teenage years so I’ve always had a soft spot for them.

Support was provided by “Great Swans” who played a 45 minute set of dance/trance. The two “band” members were suitably animated as they fiddled with what appeared to be a collection of extension leads, nobs and switches. Echo’s of “Underworld” in there meanderings.

In a venue like the Royal Albert Hall which was still filling up they had their work cut out to engage the crowd but the energy did break through and the place was definitely a bit warmer as they left the stage.

“The Horrors “came on at 8.55 (on time) and proceeded to plough through “Primary Colours”. Until my ears adjusted the sound was a little difficult but once the band got into their stride it sounded less polished than previous outings but that wasn’t really to the detriment of the performance, as although the album is considered a radical departure you can hear the progression from the first album and its still fairly rock oriented (my view).

Biggest reaction was for the final track “Sea within a Sea” which has the Giorgio Moroder inspired (?) outro which on the album is probably my favourite piece of that particular project.

The band took a mini break and then proceeded to deliver highlights from all of their albums including “Sheena is a Parasite “and “Count in Fives”. This was apparently first time played since 2010.

They finished off with “Still Life“ at around 10.30 and we all parted ways. I got the bus home and reflected on the evening.

I Only Think of You

I Can’t Control Myself

Sea Within a Sea

Sheena Is a Parasite

Something to Remember Me By